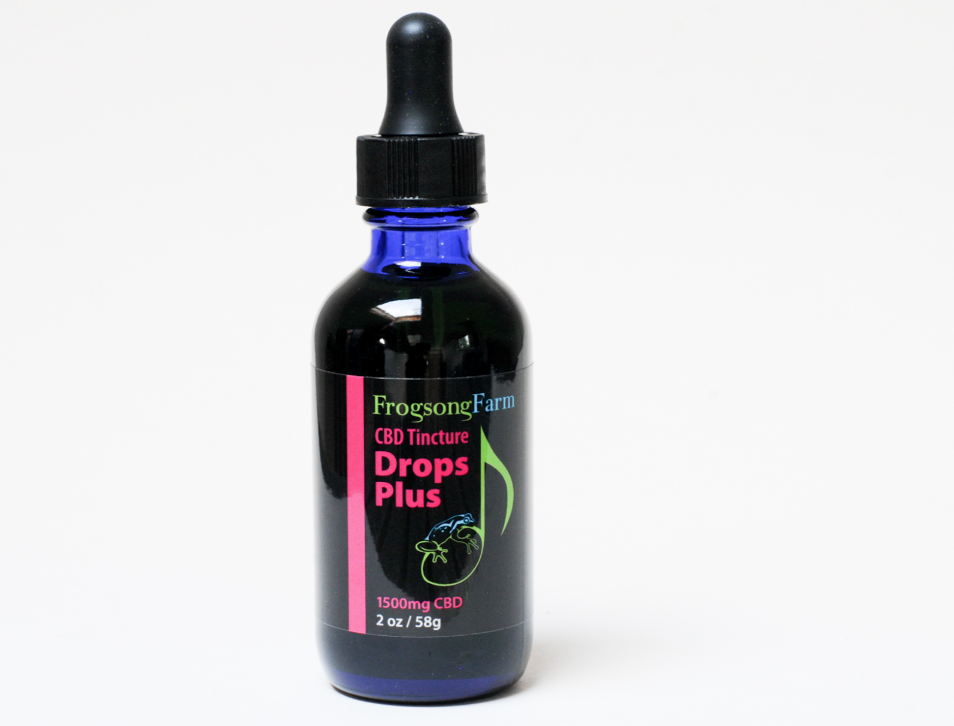 CBD For Epilepsy and Seizures: What We Know

By beccaOctober 24, 2019August 31st, 2020No Comments
Table Of Contents Show
Introduction
What is CBD Oil and Why All The Hype?
Benefits of CBD Oil
Research into CBD for Epilepsy
Using CBD When Managing Epilepsy
Potential Drug Interactions
Conclusion
Resources

Disclaimer: The content within this article is for educational purposes only and is not a substitute for medical advice. Our products are not approved by the FDA to diagnose, treat, cure, or prevent any disease. Consult a medical practitioner if you have a medical condition requiring attention.

Epilepsy is a neurological disorder characterized by abnormal electrical activity in the brain. Seizures in the brain occur when regular electrical activity is interrupted. The main characteristic of epilepsy is recurrent, unpredictable seizures, which can cause other health problems and drastically affect a person’s quality of life. Within the umbrella term epilepsy is a whole spectrum of conditions ranging from manageable and mild to severe epilepsy. Adding to the difficulty of having epilepsy is social stigma and public misperception, which can often cause even more stress to the individual.  About one in every one-hundred people will have an unprovoked seizure in their lifetime. About 4% of people will develop epilepsy in their life.

A person is diagnosed with epilepsy if they have more than two seizures that were not caused by a known and reversible medical condition (such as low blood sugar in people with diabetes). Having epilepsy can affect many areas of life, including mental and physical health, relationships, and the ability to work, drive and do other everyday tasks.

Epilepsy is a chronic condition, and if left uncontrolled, it can be quite dangerous. A 40-year study of 245 patients with childhood epilepsy was released in 2011. The study states that lack of seizure control was an extremely strong predictor of patient mortality, and concluded that effective seizure treatment was important not only for improving lives, but for saving lives.

In an excerpt from the study, “A majority of deaths, 33 out of 60, were seizure-related… There were 109 individuals (44.5%) who did not reach 5-year terminal remission. Of these, 51 (46.7%) died. This represents 85% of all deaths in the entire study. Of the patients who did achieve terminal remission, only 4 of 103 not on medication died (3.9%), while only 5 of 35 patients on medication died (14.3%). The fact that so many of these deaths are seizure-related provides justification for aggressive medical and surgical treatment of epilepsy.” 1

Signs and symptoms of seizures include: temporary confusion, staring spells, uncontrollable spasms of the arms and legs, loss of consciousness or awareness, and more subtle symptoms such as fear, anxiety, confusion or deja vu. However, most seizures actually don’t involve convulsions; symptoms are often less pronounced. The experience of having a seizure can vary widely from person to person. For some, they consist of sensory disturbances to vision and hearing; for others, they are characterized by numbness and tingling in the body followed by extreme tiredness and headaches.

An important distinction is the two subgroups of focal onset aware seizures and focal onset impaired awareness seizures. The latter is marked by a partial or total loss of consciousness, and for this reason they are more dangerous than the former.

Note: if you or someone you know is experiencing seizures, it is important to seek medical assistance right away.

What is CBD Oil and Why All The Hype?

CBD (cannabidiol) is a naturally occurring plant compound found in the cannabis family of plants. Unlike THC, the psychoactive compound which causes a high, cannabidiol is non-intoxicating. CBD is federally legal in the United States (as of 2018) and widely available online and in stores. This cannabinoid-rich extract  is used in oils and a variety of other consumer products. High-THC cannabis products are only legally available in licensed dispensaries within certain states.

Studies on the benefits of cannabidiol are promising but not yet conclusive. Much of the current literature available consists of animal studies, but since hemp was federally legalized in 2018, it is expected that more research (in the form of double blind and open label clinical trials) will become available in the next few years.

Though the Food and Drug Administration (FDA) has yet to recognize the many benefits of medical marijuana, the number of potential benefits associated with cannabidiol is growing. These encompass both physical benefits like pain relief and lowered inflammation, and mental health benefits like reduced anxiety and better sleep.

The following are the most commonly reported effects of CBD:

Research into CBD for Epilepsy

Scientists have been studying cannabidiol for epilepsy since 1981, and have documented that it can effectively halt and prevent seizures. However, research to understand how CBD performs this function within the brain is only in its early stages. One additional challenge is that cannabidiol has rarely been studied alone– since the ‘80’s it has commonly been used in conjunction with THC as in the medication Sativex. So it is challenging to distinguish the potential of CBD alone for treating seizures, and the exact mechanism by which it might work. According to one epilepsy study:

“There are two theories that seem plausible to explain CBD’s effects. Or at least these will partially explain how CBD may be acting in the body. One theory supports a role for CBD in the hippocampus. The hippocampus is a hub in the brain for the exchange of information, and epilepsy can occur when this exchange is disrupted. The other theory involves the protective effect of cannabinoids, through proteins known as NMDA receptors. NMDA receptors play a major role in memory and learning and cannabinoids may have a distinct or ‘special’ site of interaction on these receptors too.” 2

A number of studies have been published in favor of using cannabinoids in the treatment of epilepsy:

Cannabidiol Displays Antiepileptiform and Antiseizure Properties In Vitro and In Vivo

Commentary-Slim Evidence for Cannabinoids for Epilepsy

In April of 2018, the FDA announced its approval of the first cannabis-derived medication, Epidiolex, which can be used to treat rare and severe forms of epilepsy including Lennox-Gastaut Syndrome and Dravet Syndrome in children over the age of 2.

In February of 2019, the American Epilepsy Society released a position statement on cannabis as a treatment for patients with epileptic seizures. In this statement, they recognized that while promising, science is extremely limited and called on the FDA to review cannabis’ status as a schedule 1 drug and make way for the necessary research to take place.

It is not recommended to change or adjust medications without the assistance of a medical provider. If you are using prescription medications, talk with you doctor before using CBD, as it may impact the absorption and metabolism of certain drugs.

As a supportive supplement, cannabidiol is generally regarded as safe and carries rare and mild side effects, which can include dry mouth, nausea, diarrhea, drowsiness and fatigue.

There is no known overdose level, and many studies have used quite large doses ranging from 600 mg per day (in this anxiety study) to 1000 mg per day (in this schizophrenia study). Anecdotally, however, it is common to reap benefits from as little as 10-20 milligrams a day. Until standard dosing information is approved and released, dosage remains a trial and error guessing game for individuals and as such, experimentation is necessary.

The most common form of consumption for managing chronic conditions is a CBD tincture. Because it is held in the mouth before swallowing, the compounds can absorb into the membrane of the mouth and throat and be more rapidly absorbed into the body.

Capsules are also a popular option for daily use, though their bioavailability may be limited due to breakdown during the digestive process. Check out Frogsong Farm’s line of Drops and DropsPlus tinctures here.

As mentioned earlier, there are a couple things to be aware of when incorporating CBD into your wellness routine. Cannabidiol can affect the metabolism and absorption of certain drugs. This 2017 study compiled a large body of research into one place and concluded that, in general, the safety profile of cannabidiol is better than most other drugs.

However, what is noteworthy within this study is the observation that taking it in conjunction with valproic acid may cause elevated liver enzymes, and when taken with Clozabam it may increase tiredness. These are two common anti-seizure medications, so of important consideration.

There is no known cure for epilepsy, so most epilepsy research has looked into management of symptoms. When left untreated, epilepsy can be dangerous and pose risks to general health, mental health and quality of life. Alongside conventional medications, cannabidiol is becoming recognized as a promising alternative for managing seizures in certain kinds of epilepsy.

It is essential to work with your healthcare practitioner if you are interested in incorporating CBD products  into your treatment plan. Oral administrations such as tinctures and capsules are ideal options for daily use, and dosage can begin at 10-25 milligrams a day and be increased as necessary.

When managing a chronic condition, the quality of your supplements is more important than ever. Only buy from companies that offer pure, potent, lab tested products with a traceable source. To shop organically grown, farm-direct CBD, visit Frogsong Farm’s web store. We offer free shipping over $50 and a 30-day satisfaction guarantee.

© 2022 Frogsong Farm. *This product is not for use by or sale to persons under the age of 18. This product should be used only as directed on the label. It should not be used if you are pregnant or nursing. Consult with a physician before use if you have a serious medical condition or use prescription medications. A Doctor's advice should be sought before using this and any supplemental dietary product. All trademarks and copyrights are property of their respective owners and are not affiliated with nor do they endorse this product. These statements have not been evaluated by the FDA. This product is not intended to diagnose, treat, cure or prevent any disease. By using this site, you agree to follow the Privacy Policy and all Terms & Conditions printed on this site. Void Where Prohibited by Law. Products on this site contain less than 0.3% THC.