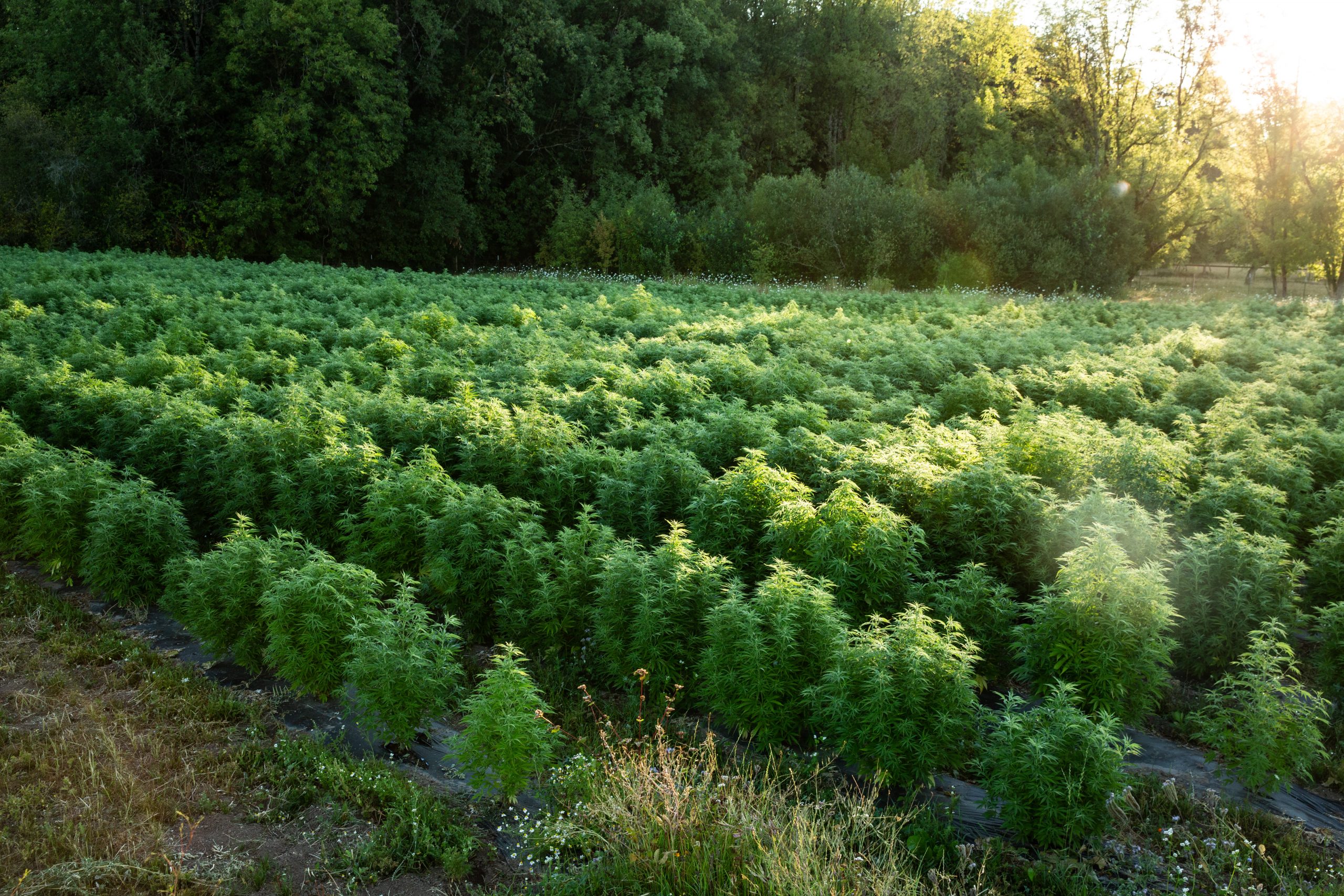 Hemp Oil For Managing Your Stress And Anxiety

Kids, a job, social life–how do you manage it? Are stress and anxiety leaving you feeling overwhelmed and exhausted? Are they impacting your health and your happiness? You deserve stress relief and a growing body of research points toward the possible benefits of hemp oil for stress. Here’s what we uncovered when we explored the research.

A review of studies regarding the impact of hemp oil on anxiety found that “evidence from human studies strongly supports the potential for CBD as a treatment for anxiety disorders.” Furthermore, brain scans show reduced stimulation of the amygdala, the brain’s “fear center”.1

For those living with anxiety, Post-traumatic stress disorder (PTSD), Obsessive-compulsive disorder (OCD), panic disorder, and similar disorders, the above sounds promising. But can CBD help you manage your own stress and anxiety? And what might that look like? Here’s what the science suggests are the benefits to us of CBD.

Cannabidiol (CBD) is a cannabinoid2. It is one of over 100 compounds found in a cannabis plant called the hemp plant, and it makes up roughly 40%-60% of the plants’ extractable compounds.

An August 2019 Gallup Poll found that 14% of U.S. adults say they use CBD3. And according to the New York Times, around 60 percent of people who take it regularly, do so to find anxiety relief4.

Early research is yielding promising results and making connections between the use of CBD and reduced anxiety symptoms, suggesting that these individuals may be on to something.

It’s important to note that CBD doesn’t cause mental intoxication like its cousin tetrahydrocannabinol (THC), the substance found in marijuana that people use to get “high”. Modern science can isolate specific compounds in a plant, removing undesirable ones; however, most CBD you’ll find on the market is derived from “hemp cannabis”, a type of cannabis that naturally has only trace amounts of THC.

In this article, we’ll explore the potential benefits and side effects of CBD as it relates to managing stress and anxiety. But first, why is this so important?

The Prevalence of Anxiety and Stress

What we usually refer to as “stress” is not really the stress itself. Instead, it’s the way your body responds to stressors. Stressors are inevitable, but some people can manage stress in a cool, calm, and collected manner while others feel intense pressure, anxiety, and sometimes physical symptoms like:5

Not only are these symptoms often embarrassing when you can’t control them. They can be downright disruptive. You end up avoiding activities you might enjoy if you didn’t have anxiety. You might not speak up for yourself in a social situation or when a business has made a mistake that hurt you.

And if you have severe anxiety, you may stay in a continual state of alert, unable to relax or live a quality life.

But just how common is this?

In terms of those physical side effects, reportedly 85 percent of the U.S. population suffers from neck pain at some point in their lives, and around 20 percent of people have stress headaches.8

Do you find the prevalence shocking or not so surprising? Then how about this one. Statistics show 1 in 5 adults in America struggles with some form of a mental health issue on a regular basis.9

If CBD does help with anxiety, how might that CBD work? Here’s what the science tells us.

Your body is composed of many intricate systems that work together to regulate everything, from memory storage to pain to digestion. The ECS is one of these systems.10

The ECS is a complex system of cell signals. What are cell signals, you might ask? They’re instructions to cells to perform various functions. Signaling cells in different parts of your body can impact:

Several of these are connected to anxiety. For example, a poorly functioning immune system reduces your ability to manage stress, as well as sleep and mood. To pick up these signals, various cells have specialized receptors called CB1 and CB2 receptors.

When your brain determines that you need to regulate these responses, it tells the body to produce more endocannabinoids, and it slows down the production of specialized enzymes that break down endocannabinoids.

When these naturally-occurring cannabinoids attach to the CB1 and CB2 receptors, they have various effects. They can reduce pain, improve memory, etc.

A rodent study showed that CBD relieves OCD and other anxious behaviors by acting on the endocannabinoid system, which is involved in the processing of and forgetting of fears.12

Serotonin is a neurotransmitter, which similar to hormones and endocannabinoids, helps regulate bodily functions like sleep, memory, mood, and sex drive, among other things. Low levels of serotonin contribute to depression, mood disorders, and increased pain sensitivity13. Serotonin interacts with 14 different receptors, and studies show that CBD specifically binds to 5-HT1A, which researchers believe to be one of the primary mechanisms of action for CBD on Anxiety14.

Finally, chronic anxiety damages nerves and can even shrink your brain, which researchers can see when they do brain scans comparing a healthy brain to one of a person with anxiety.15 But CBD studies have shown that CBD may boost the process of forming new neurons, making new connections, and growing our brains1617.

While clinical trials are needed, these three areas show how CBD may work. And they give some validation to observational studies (personal experience) that report things like this. After the first monthly assessment, 79.2% of patients experienced an improvement in anxiety. After two months, 78.1% of patients reported a further improvement compared with the previous month. 18

Research and Evidence of CBD in Combating Anxiety

Now, recognizing that all anxiety is not the same, let’s dig a little deeper into the research available for CBD oil for anxiety.

For a look at generalized anxiety disorder (GAD), we turn to the National Institute on Drug Abuse (NIDA). There, you’ll find a study on rats. Scientists induced the rat-equivalence of GAD by teaching the rats to fear certain places. When they split the rats into a CBD and placebo group, they found that the CBD group experienced reduced stress. Ultimately, they determined that the CBD was having an anxiolytic (anti-anxiety) effect in the animals, which they theorize is similar to what we see in humans.19

This is a little harder to measure in humans because humans can fake feeling better. And they may say they feel less anxiety based upon perception. Rats don’t pretend they don’t have anxiety. Scientists can’t ask them how they feel. Researchers must instead base their interpretations on clear data. That’s one of the reasons a combination of human and animal studies is important.

This one is intriguing. The researchers divided human participants with diagnosed general anxiety into a CBD group and placebo group in a double-blind study. After each person had taken one or the other, they were given a public speaking task. A panel rated their performance and took biometric measures. The CBD group not only performed better; heart rates, blood pressure, sweating, shaking, and other physical signs of anxiety were notably less.20

In a double-blind, placebo-controlled study on humans, test subjects in the CBD group self-reported significantly less anxiety in a social situation.21

Studies show that CBD may have several mechanisms of action that improve PTSD symptoms. In addition to activating the CB2 receptors, the study notes an effect in serotonin and through neurogenesis, as we discussed above. CBD may mediate the physical responses to bad memories associated with PTSD.22

CBD is generally considered safe. However, some people who take CBD may experience some side effects, including:

CBD is generally well-tolerated. In studies where side effects like these were noted, the health benefits appear to have outweighed them, as most were not severe enough for participants to stop participating in the studies.23

CBD may also interact with other drugs, prescription medications, or dietary supplements by slowing or speeding up the metabolism of drugs. Those taking the following should exercise caution and speak with their doctor before taking CBD:24

The research shows that using CBD oil may help your anxiety. But keep in mind any time you take a substance that alters the balance in your body, you may experience withdrawal if you suddenly stop taking it. These may include temporary:

Additionally, suddenly stopping some prescribed medications will cause withdrawal, so you should always speak with your doctor if you feel you need to lower your dose or stop taking it.

Many people still ask this. And it’s not a silly question. In the first couple of years after CBD became legal federally, there was a lot of confusion. Old drug tests couldn’t tell the difference between CBD and THC. Overzealous customs and police confiscated CBD oils for testing and held people for two to three hours. Though in all but a few cases, things were resolved quickly.

Hemp-derived CBD products are legal federally. The 2018 farm bill legalized the production of hemp, distinguishing between it and marijuana cannabis for the first time in a long time.25

According to this bill, hemp is defined as cannabis containing less than 0.3 percent THC. This opened up the CBD market as well as research, which had been previously restricted.

Most states, including many where marijuana is illegal, are okay with CBD. However, some states like Idaho and Kansas, are resisting federal legalization. And they have the legal right to do so under the U.S. Constitution. So it’s a good idea to check to see how your state is handling things, as it could be illegal on a state level.

Marijuana-derived CBD products are still illegal on the federal level. But they are legal under some state laws.Check your state’s laws and those of anywhere you travel. Some countries like Saudi Arabia and, surprisingly, Jamaica have stiff penalties for people bringing certain substances into their country.

And while there are a couple of FDA-approved products that contain Cannabidiol, we need to mention here that the Food and Drug Administration (FDA) doesn’t regulate nonprescription CBD, except for ensuring that businesses don’t make false health claims. For this reason, CBD could be labeled inaccurately.

In fact, one study found that as many as 69 percent of CBD oils and similar products are mislabeled26. More reputable companies have a third party test their batches to ensure quality and customer confidence for this reason.

Where to Buy the Best CBD Oil Products

To comply with federal law and deliver the highest quality standards, we work with an independent laboratory providing a certificate of analysis to verify that labels are accurate and you’re getting what you pay for.

While many CBD sellers buy generic, white-label products from another producer and then apply their brand label after the fact, Frogsong Farm has control over the entire process. From seed to shelf, our family-run farm manages the entire supply chain, creating a high-quality product that you can trust.

It’s time to get the relief you deserve. Please feel free to check out all of our high-quality Frogsong Farm products here.